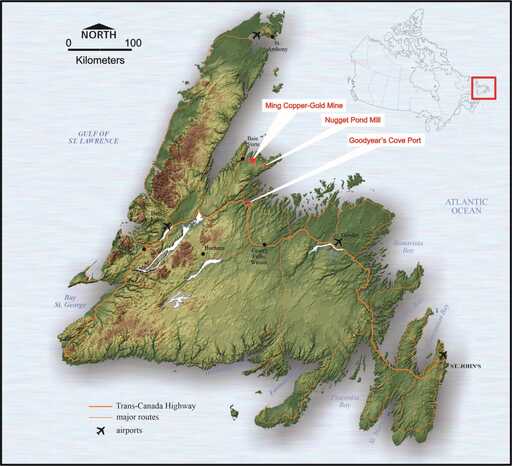 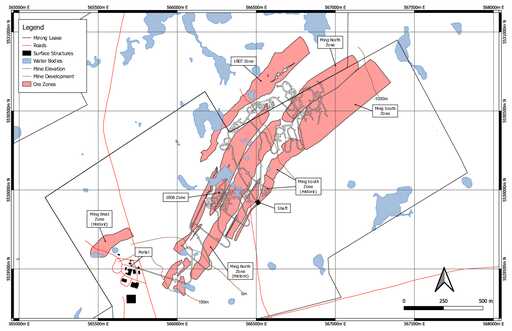 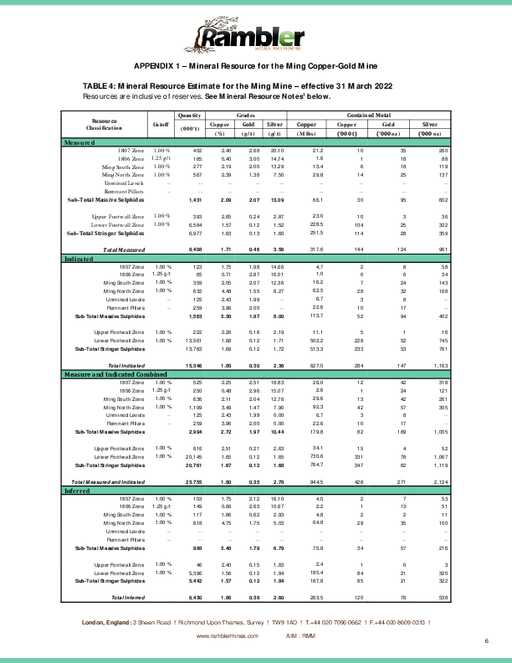 The Ming Mine is located in Canada, on Newfoundland and Labrador's Baie Verte Peninsula. The Northwestern coast of the Island of Newfoundland has a history and culture of gold, base metal and industrial minerals mining dating back to the mid-1800's.

The major centre for the region is the town of Baie Verte, which offers several mining and exploration service providers, accommodations, schools, shopping, medical facilities and recreational facilities.

The name Rambler has been synonymous with mining in Newfoundland and Labrador for nearly a century, dating back to 1905 when the first auriferous sulphide was discovered by the prospector Enos England. From the initial discovery up until 1940, there was intermittent exploration and development in the Rambler district. This includes the sinking of a 20-meter deep shaft along with a 15-meter crosscut (1907), discovering the main mine sulphide zone (1935), and diamond drilling 18 holes totaling 1,524 meters (1940).

Over a ten-year period from 1962 to 1972, ore production continued at the Main Mine along with surface exploration successfully adding two additional copper rich ore bodies to the portfolio, namely the Big Rambler Pond and East Mine deposits.  It wasn’t until a helicopter geophysics survey in 1970 illuminated a strong conductive signature just north of the current operation.  Later termed the Ming Mine, this discovery would turn out to be the largest known copper deposit in the district, beginning commercial production in 1972.

After producing high-grade copper concentrate for nearly ten years, in 1982, the Ming Mine was put under care and maintenance due to, in large part, the then property owners being unsuccessful in negotiating terms with the adjacent landowner to continue mining across its own boundary. Ultimately the mine closed and reverted to the Crown until 1988 when a consortium of companies acquired the property and initiated a regional exploration program discovering some of the highest-grade material ever found in the area. This new discovery, less than 200 meters from the Ming Mine’s portal, was the catalyst for a property consolidation in 1994.  This consolidation was the first time all key properties were held under one ownership.  While production under this owner was short, the copper district was now consolidated and setup for a new era of exploration and development.

In 2001, Altius Minerals a local exploration and royalty company, optioned the land package from Ming Minerals. Altius’ envisioned a large-scale mining camp not only targeting the high-grade copper sulphides mined in the past, but also production from the much larger stockwork (Lower Footwall Zone) underneath.  Following two deep drilling campaigns from surface in 2003 and 2004, Rambler Metals and Mining PLC was formed and listed on the London Stock Exchange in 2005 with a mandate to bring the former producing Ming Mine back into production.

Following 80,000 meters of diamond drilling, mine dewatering, permitting and construction, Rambler officially declared that the Ming Mine was in commercial production in 2012 under a high-grade low tonnage startup strategy, targeting 600 to 850 tonnes per day from the massive sulphide ore bodies only.